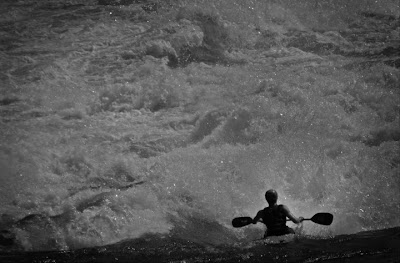 Getting to Zambia was a mission that involved three flights and a six hour bus journey (that broke down) spread over three days making it a tiring place to get to. To then to find out your kayak hasn’t showed up made it very annoying.
However it is an amazing once you are there and the Zambezi River turned out to be just as legendary as everyone made out, even if it wasn’t quite as warm as I had hoped for. I stayed in Livingstone, situated in the South of Zambia, right beside one of the seven wonders of the world, Mosi o Tunya (The Smoke that Thunders) or Victoria Falls. Above the falls the countryside is lush and green supporting loads of wildlife like hippos, crocodiles, elephants and giraffe. But once the river has plummeted over the 108m drop it enters a deep gorge making walking in and out difficult and once in you are faced with huge rapids and a couple of crocodiles that survived falling off the falls and watch you as you paddle past. 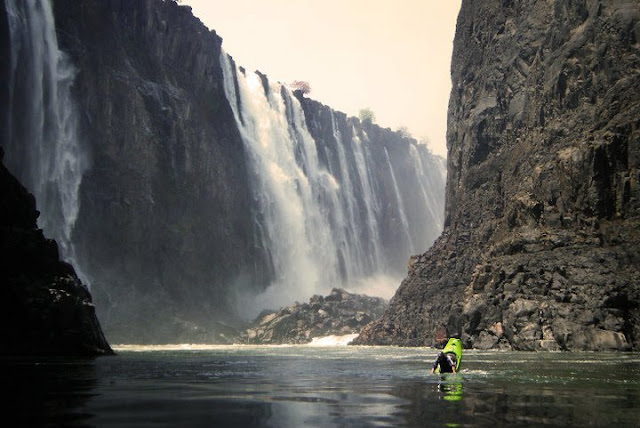 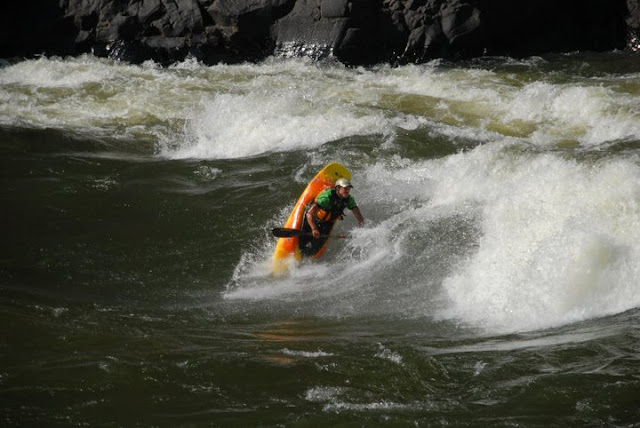 The water levels were a lot higher than normal meaning a few of well known features were washed out, such as the pour over at number 5 and the surf wave at 12b and it did make river running much more tricky with the amount and size of the boils and whirlpools that where a lot larger than anything I had experienced before. This meant that sometimes when you where online a boil could appear and push you a couple meters to the left or right and meant that a good kicking would be in order.
I had a great time on the river trying to make it down the rapids without flipping. The rapids are numbered 1 to 25, with the biggest rapids between 1 and 10. My first day on this section I was lead by Will Clark who hadn’t been on the river for a couple of years so when he announces that he thinks the line is left but isn’t sure it makes it pretty intense. We made it down safely though with huge smiles after each rapid. 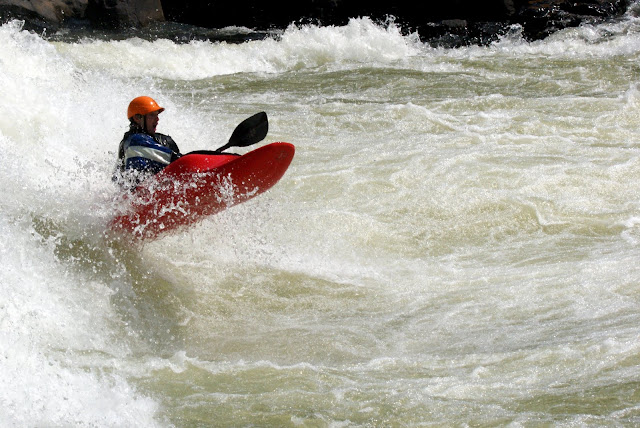 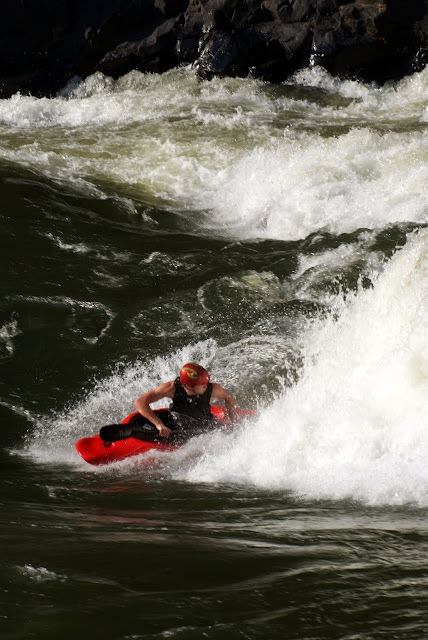 I managed to also do a four day multi day trip down the river. This is one of the most beautiful trips I have done where we camped on bright white beaches in luxury with a support raft providing steaks for dinner cooked over a fire followed by gin and tonics as we watched the sun set. It was great to travel down the river and do so many rapids while spend that amount of time on the river. However on the drive back we did manage to get break the 4x4 and get a puncture so the two hour trip took around five! 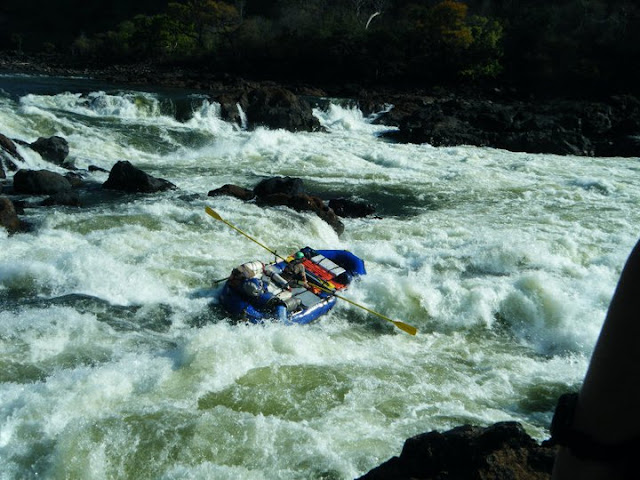 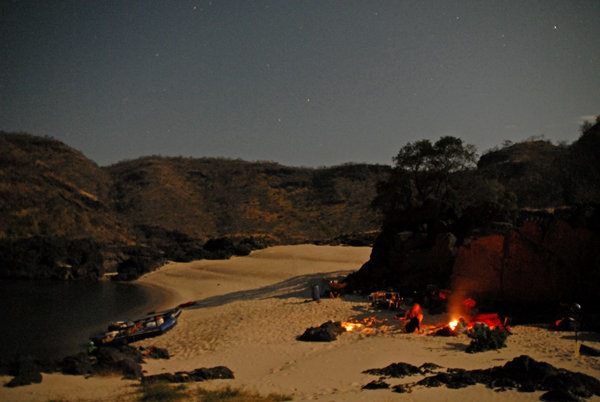 Another highlight of the trip was swimming in a natural pool above the falls where you can swim right up to the lip of the falls and peer over while the water runs past you and over the edge. It’s amazing getting that close to the edge but still swimming about safely.
That swim marked the end of my trip and so I packed up and headed home and back in time for University to start again.
Sandy x
Thanks to Level Six for all their support
and cheers to Will Clark and Nick Roberts for the sweet photos.

All Content Copyright.
Posted by the big blue tree at 12:54