We arrived in Norway to see it experiencing its one in fifty year flood, which made Hedmark a very fun place to start our Norwegian adventure, with big long bouncy wavetrains and large holes. 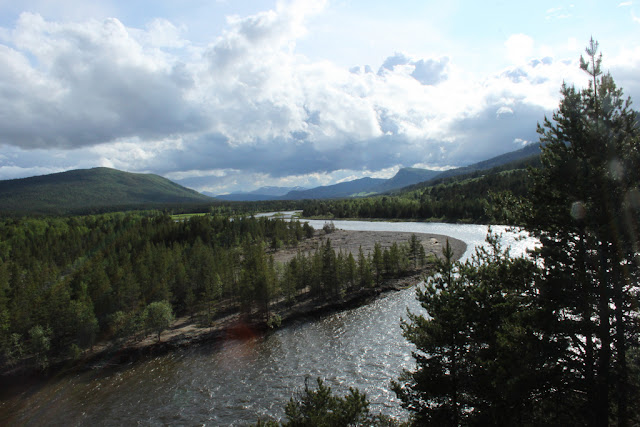 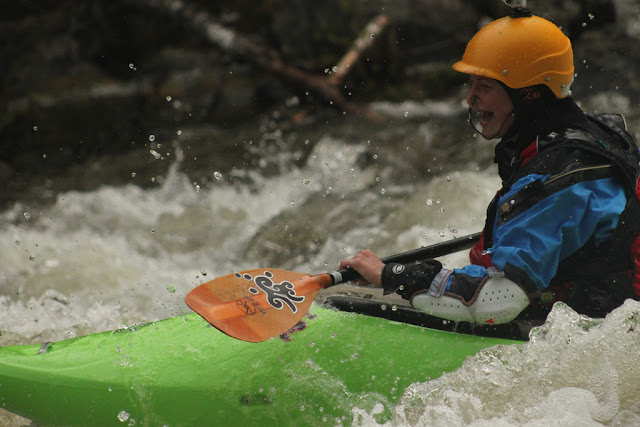 The aim, after a few days in Hedmark, was to head to Telemark then up to Voss via the Zambezi section of the Numadelslagen – but things rarely go to plan do they? On arrival in Telemark we saw for ourselves what a smaller snow pack meant for water levels. Spånemfossen, a waterfall on the upper Austbygdåi, my great cause of excitement, was barely runnable. Everything was a scrape. We went to bed that night a little dejected as we had all been so looking forward to our first big waterfall. So then the plan was to set off to the Zambezi section first thing in the morning. I was hopeful that maybe the rain that had been hounding us so far would make the difference and get Spånemfossen up and running... and it did! We woke the next day to continued rain and a runnable Spånemfossen which we thought we “might as well” have one last look at as we drove past en route to the Numadelslagen. Everyone was very excited and my nerves cranked back into full swing as we parked up and started to get changed. 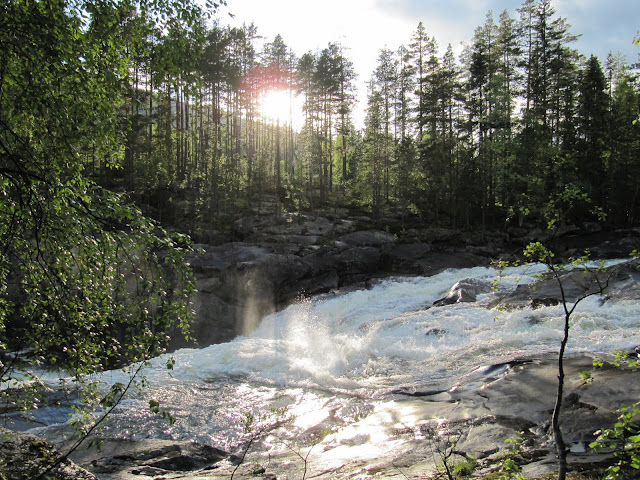 After running a few other sections on the Austbygdåi we finally got onto a much fuller Spånemfossen. It was super fun, and was so high compared to when we had arrived and looked rather more formidable from above when we got out of our boats to have a look. None of us knew when it was coming up and at the corner before it we eddied out and decided that if it just sprung out of no where we would just have to run it - no back paddling on the lip. So I was a little nervous at the thought of running it so suddenly. Thankfully Anne was waiting in a good eddy above to wave us over. Cleary none of us had seen it close up before as there is a little more to it than just dropping over the edge. 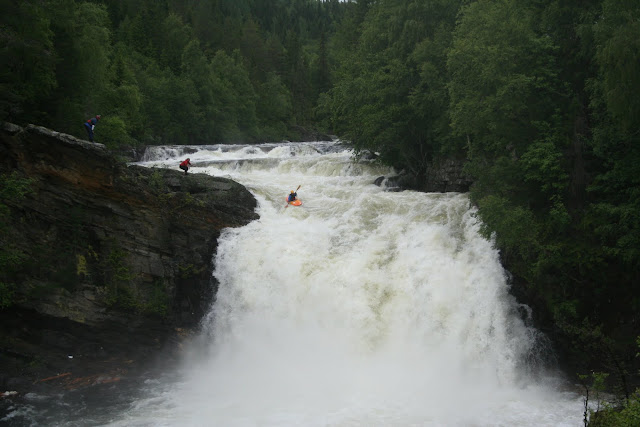 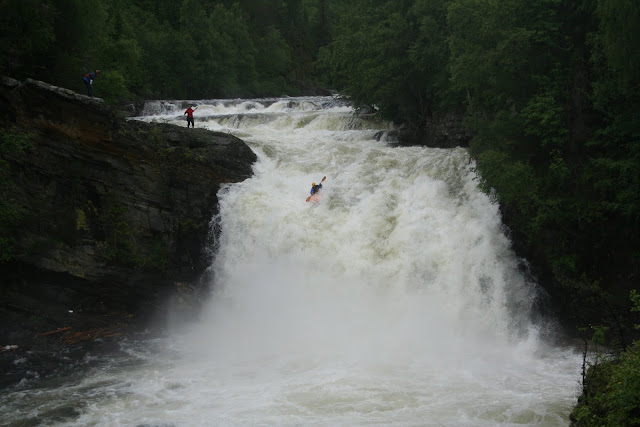 After inspection we took it on one by one. It took some time for me to work up the courage to paddle out of that eddy, deciding that this was quite enough excitement for one to be getting on with and I wouldn’t do anything else as scary...at the bottom I had a different story and was filled with adrenalin and clamouring for more. The next day we headed towards the big volume river running of the Zambezi section!
Setting off into the big lake at the start of the section, the sun was shining and we were all thoroughly boiling! We had taken the guidebook seriously when it said put extra layers on, which did turn out to be a good idea at the end. Someone told me that I would be too scared to notice I was cold, but it turned out that I LOVED it! It was my first day back in the Habitat after its swim down the Austbygdåi slide, and I was raving about staying and doing it again the next day. However, I was told that there would be other super amazingly fun rivers coming up, yet I was doubtful that anything would beat that. The wave train before the final rapid was colossal, and you really do think that you are about to plunge into an enormous hole on the other side of every wave. So much fun!


Onwards to Otta! On arrival our trailer broke again, this time beyond repair, so we set about buying a new one (not as easy as it sounds). But a few days later we had managed to rent one and were off to the Åmot section of the river Sjoa. The sun was shining and the levels were HIGH -we were loving it! The eddy lines were practically Ugandan in their ability to swallow your boat and the waves were huge. The Åmot is a gorge run, and was mental! I had no idea what to expect which made it even more fun because I wasn’t sure what dangers were around the corners as I dropped round after the others. It turned out there were no nasty surprises, which was amazing! We did this river many times in varying flow levels, and the first was by far my best run. The last run was on our final day boating when we crammed in as many rivers as we could to make up for lost time. We paddled two other sections of river above the Åmot (Asengjuvet & Play Run) and were all utterly exhausted by the time we got to the end. I did a fair proportion upside down with very little strength left to roll back up. But it was a healthy 38km or more, so that wasn’t surprising and it was still awesome fun.


So these were my Norway top three, I can’t speak for the rivers around Voss as we never made it there - maybe Voss has its own three? I will definitely be hitting the above again anyway, maybe next year. . .
Debs x 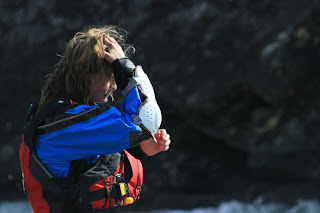 Photos by Deborah Perry, Will Sawday and Dom Burrow.
All content copyright.
Posted by the big blue tree at 15:08