An Ossian and Ghuilbinn Adventure 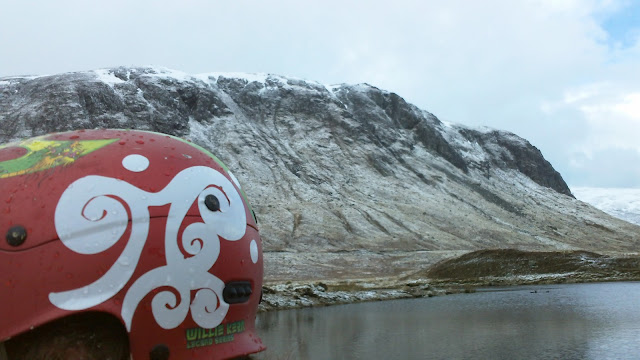 Having talked of paddling the Ossian for so long, it was great that finally Dave and I were heading to Fort William train station with rain pouring down all along Scotland's West Coast. The put on for Loch Ossian and the start of our adventure is located two thirds of a mile from Corrour train station, high up on the edge of Rannoch Moor. We took the late night train and arrived at Corrour in the pouring rain and gale force winds. As we hid in the shelter on the platform we decided that it would probably fit our tent, so we set it up inside and had a cosy nights sleep. Walking up in the morning the wind had fortunately died down but the rain had turned to snow showers, so we started the cold walk to Loch Ossian to warm ourselves up and dragged our boats along the track. This turned out to be a mistake as the plastic on my poor old boat's hull was very thin and the rough path managed to wear a hole below the seat without us noticing. 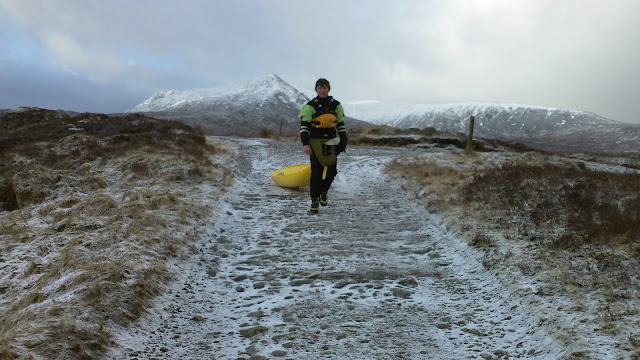 As we started to paddle the Loch I began complaining that I had a cold bum. With the realisation that I was sinking we made a dash to the shore to assess the problem and fixed the hole in my kayak's hull. Having only paddled about 400 meters of the 15 mile trip this wasn’t an ideal start, but with no way to back out we kept going. 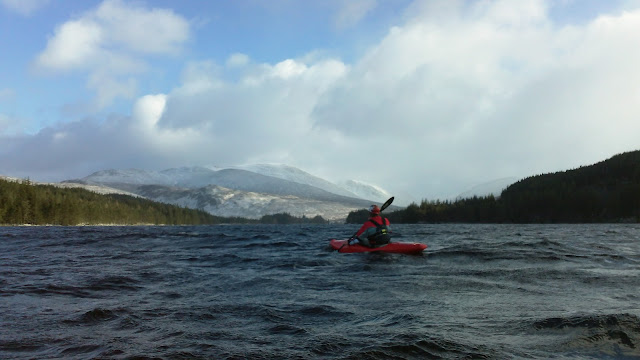 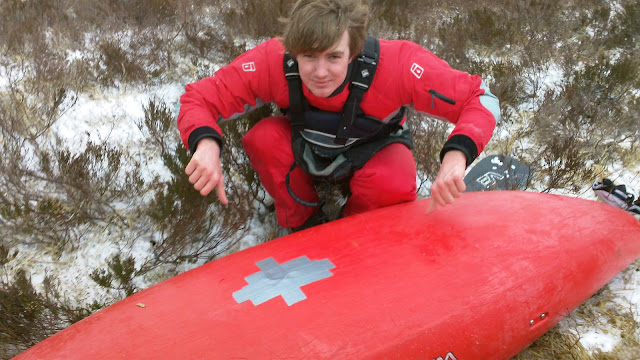 Once across the loch, which wasn't too bad with the wind helping us, we started down the river Ossian which is a gentle grade 2/3 and a lot less rocky then we were expecting, having read the various guides and letting us know that it was a high water level. The only interruptions were the occasional empting of my boat as the duct tape was scraped off. The river then flowed into Loch Ghuilbinn, and a bit more tape on the bottom of my boat ensured I made it across the loch without sinking. We could now finally enjoy the stunning scenery between the snow storms that surrounded us as we paddled towards the more exciting section of our trip: the Ghuilbinn river. 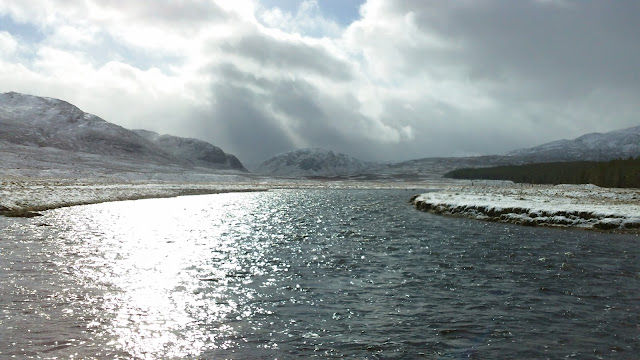 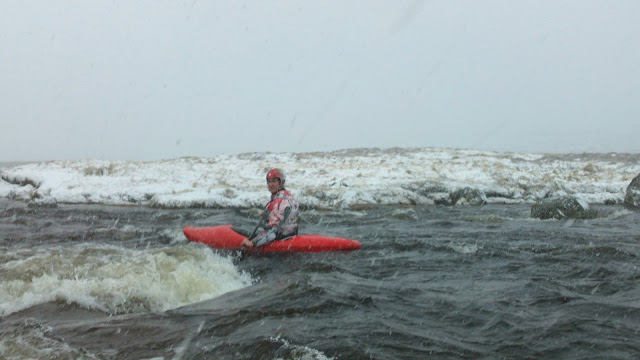 After a flat start we reached the first main rapid which Dave ran first, making a bit of a mess, but he signalled for me to follow, which I duly did and managed to have a similarly messy line. It turns out that paddling with the weight of camping gear in the back of your kayak makes a big difference to its handling. This rapid then led into a continuous gorge which looked like so much fun with several big long rapids, but with the duct tape running out and the hole in my hull getting bigger I wasn’t keen to run it with a boat half full of water. Dave got a super line on a lovely double drop but with his back band broken from a previous rapid we chose to walk some of the harder stuff, leaving it for another trip and ensuring we finished with only our boats broken rather than us as well. Watch this space, we'll be back...

Thanks David Maltby for the photos and to Level Six for their support
Posted by Sandy Douglas at 15:03