The Grand Canyon of the Stikine

After pretty much working the whole of August to save money the time finally came to finish up work and head north to paddle the Stikine. On the way Ash and I stopped off at the Thompson for a little bit of a class 3 big water warm up. As I hadn't been in a boat much for the most of the last month I really wanted a chance to warm up. That night we met the british lads that had come out to join us, Barney, James, Rob, Paul and Tom and Corey and Adrian came up from Whistler too. After two more days of driving and a day to do the shuttle we were putting on, all 11 of us. Leif and Natalie also joined....

Day 1 consists of Entrance falls, Wicked Wanda, Three Goats, Pass Fail and Wassons. Due to the huge group we split in to two for part of the day. When we put on in the morning the level was 265 but the rain overnight was clearly going to bring the river up. The first day was big, fun and scary. Paddling a heavily leaden boat had its advantages and disadvantages, maneuvering was harder and slower but one you are going you don't stop for much as I found out when I had a seriously questionable moment going through rather than around Wassons hole...

At Site Zed camp that night the rain only picked up, and a mouse ate through one of my drybags. Day two started in the rain finishing the portage around Site Zed. The run out of Site Zed is great, a big wave train with some big holes to boot.  This is followed by a bunch of no name rapid which are great before AFP (Always a Fucking Problem), the Hole that ate the

The camp that night is great! Wolf camp is under a cliff so nice and dry! 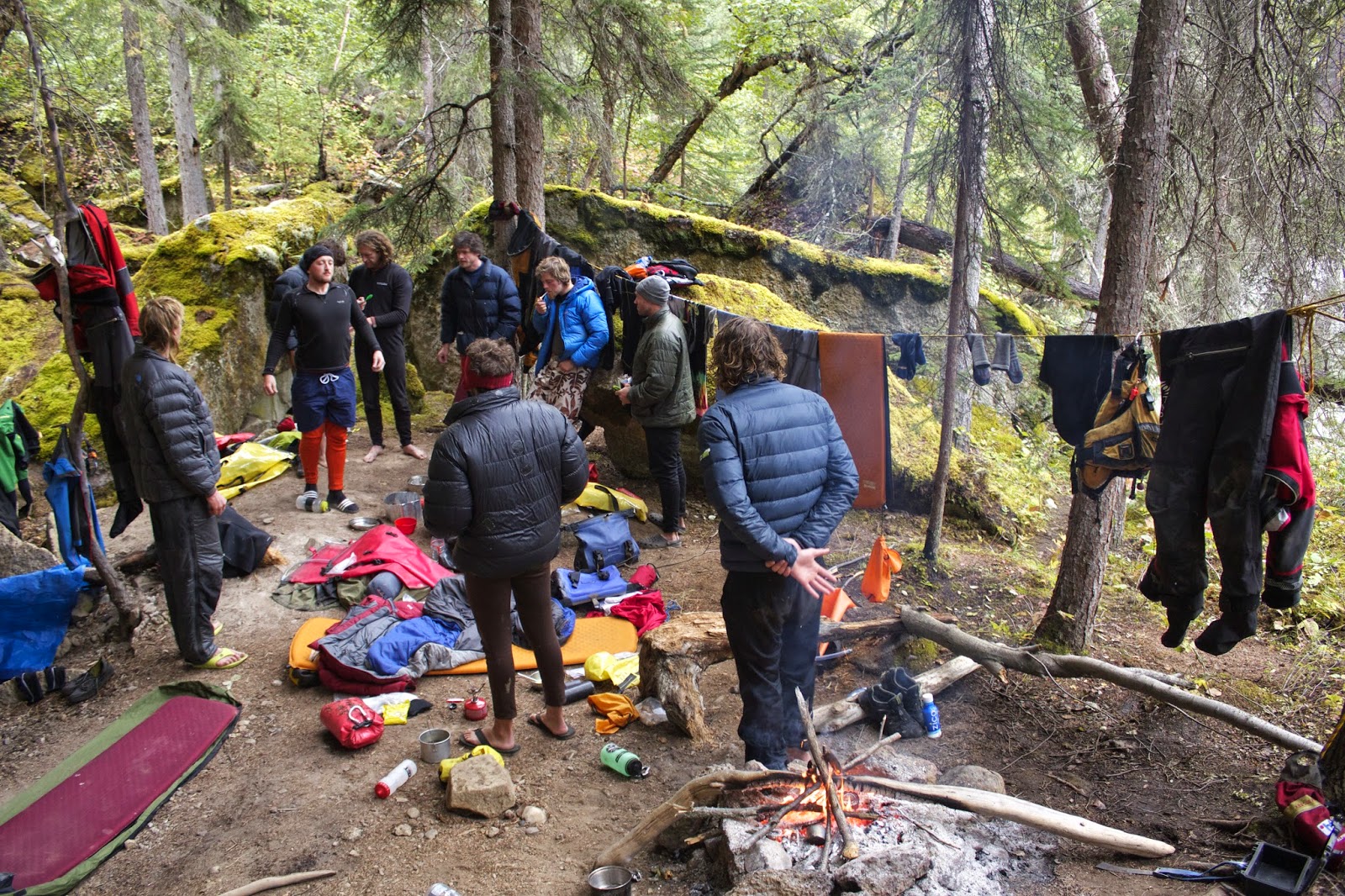 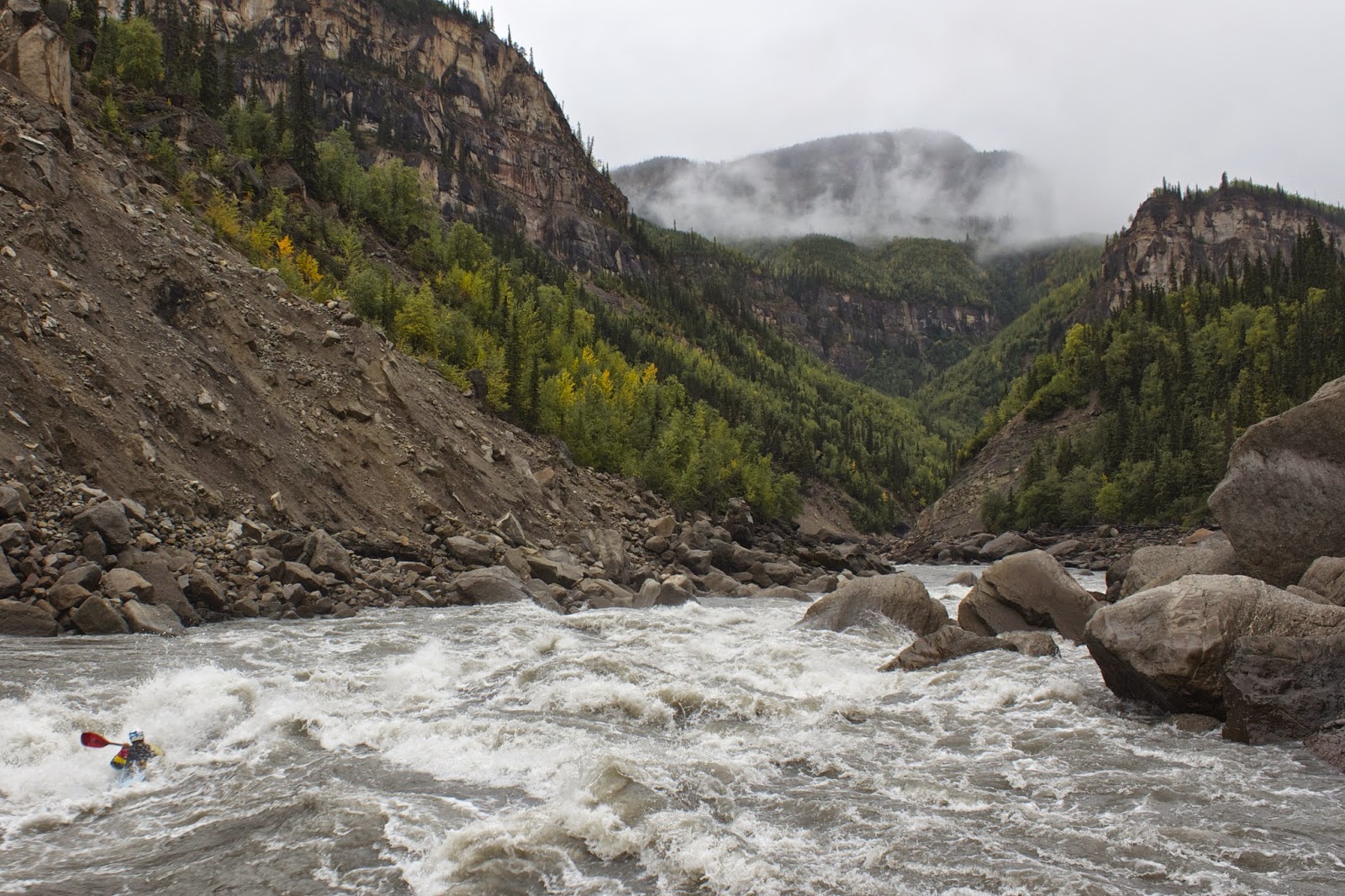 Day three has some of the best white water and waking up in Wolf camp is a great way to start the day. The temperature had however dropped quite a bit and the pogies got some use! After Garden of the Gods II the canyon encroaches and the rapids come thick and fast, the Wall II and Scissors are followed by The Hole that ate Chicago which we all portaged before you arrive at V-Drive.


V-drive is a huge wave train hole mess..... hard to describe but its big and fun and scary all in one. We watched theother group get some fantastic lines such as Barneys air to plug and Rob getting totally eaten only to reappear 10 meters down stream getting bashed against the wall.

After some rowdy read and run the whole river goes through Tanzilla slot and then has its last big rapid in Powerhouse.

Cold beers and big grins all around at the take out. The Stikine is a really fun, big water wilderness trip. Its a classic for a reason.